Most people never move from the place they were born.

They go to school, follow the norms, choose from the available careers, and pursue a “stable” path. Molding their life into conventional and predictable patterns, remaining among old friends and family who remind them of their limitations and their place.

They accept these are the cards they were dealt. Perhaps living in quiet desperation, “is this all?”

The uneventful years start moving faster, and everyone around them grows older. One fine day, while mowing the lawn, they feel a sting, and lump over. Their heart fails on the way to the hospital. When their lives flash before them… nothing. 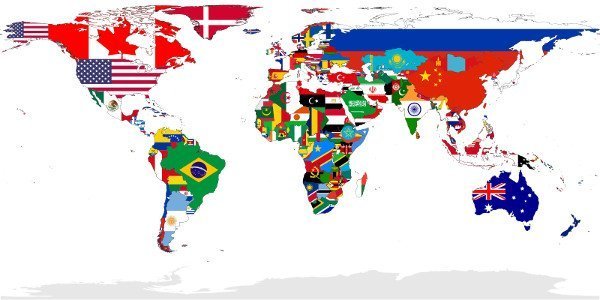 The Best Place on Earth?

Maybe, you were lucky enough to be born in the best place on earth.

Excessive familiarity with surroundings kills your spirit and breeds laziness in the mind. It denies you to live your full potential. The idea of discovering places, meeting people, having unique experiences and trying your luck at a business venture excites you.

And the chance of a fulfilling life and the call for adventure is not the only goal. For those truly seeking freedom and independence, there are other reasons to look across borders.

Living in one country is like placing all your eggs in a one-State-basket: you bet everything on its success.

Some moments stick with you. A piece of news you hear. A story.

I remember vividly a night when I was sitting on the couch with my mom watching the news. The year was 2001, and the topic Argentina. Since the local currency was a poorly managed piece of shit, anybody with savings had a USD account. During the crisis, the government decided that USD holdings were no longer redeemable.

From one moment to the next, savers lost all they had.

The Argentinians were in the street. Old ladies banging pots and screaming. One man stood in front of an ATM as if he lost a child. Others stood silent, defeated. “How can they do this? I lost everything!” said another man while staring oblivious into the camera. I was shocked.

Every Argentinian with money keeps it out of Argentina. They use banks in Miami and Uruguay, out of reach of their bankrupt and incompetent government. They are conscious about not keeping their eggs in one basket. Especially not in a place with a track record of plundering their citizen’s wealth.

I get it now. But these lessons sail by the general population.

There always seems to be the notion of “this cannot happen here.” Our hometown is the best in the universe, our
banks are the safest in the world, our pension fund or social safety net is solid. If anything, the government can fly to the rescue waving a magical wand to ensure everyone’s “fair” share.

My friends tell me banks in The Netherlands are safe, when a decade ago all the major ones failed and had to be bailed out by the tax payers.

A colleague in Cyprus lost two thirds of his pension (400k euro) thanks to storing it in two Bank of Cyprus accounts.

Pension funds in the US are massively underfunded.

Listen. This is not happening in faraway obscure countries, but RIGHT NOW in the heart of Western civilization.

Flag Theory can help you

The West is far more like Argentina in 2000 than we want to admit. Unfortunately, we have to learn the hard way.

Now that you’re here, you can start protecting yourself by diversifying yourself and your finances internationally.

Even if nothing goes wrong in your life, adopting the tactics below is like carrying a spare tire when driving in the desert: common sense.

Flag Theory can be highly profitable.

The flexibility and mobility inherent in being a DN allows you to optimize your life for freedom and security. You don’t have to be swept along in torrents of hysteria caused by forces beyond your control.

Achieve “Individual Sovereignty” by learning how to find those places where the system protects, rather than threatens you. Refuse to play by rules you find personally offensive, inconvenient or immoral.

Move your ass and your assets out of the arena. Climb to the highest ring of the Colosseum of life, order a cool
fresh drink from sweet smiling eyes, and observe the carnage below: “Wow, interesting.”

If you want to take steps to free yourself from society, regulations and taxes you have to start looking across borders. And the way to do this is by international diversification according to a concept called Flag Theory.

This is a page from the book The Tax-Free Digital Nomad.

Discover more about it here…!