Why Does The Government Waste Money?

Why Does The Government Waste Money? 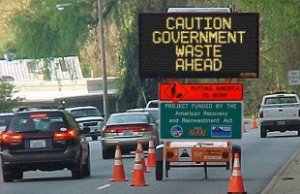 Doest the government waste money? After you read this I am sure you will see the world differently.
We start with a Venezuelan friend of mine. Let us call him Juan. A nice guy who plays it cool. He does not reveal his age and likes the ladies.

I know him from salsa.

He lived and worked in the Netherlands for over 10 years.

Then he got fired.

Since he is a tax payer he received (temporary) welfare.

But to get it he was forced to enrol in a “reintegration” project. He got a “job coach” and had to stroll there weekly like a schoolboy to discuss his progress on the job-market. They would look for jobs for him and sometimes he had an interview.

Sounds nice, right, that he gets help?

Well, in fact he never really got good offers. It was always a slight mismatch.

They also treated him like shit and he became demotivated and depressed.

In short, it was not helping him at all.

And here’s the catch, the municipality paid 5000 Euro (!) per month to the agency for this program.

He did not speak decent Dutch. He never needed it in Holland.

Of course they had a special course he could enrol in (an offer he could not refuse). Paid for by the tax payer.

This circus went on for months and months.

He got more and more frustrated.

Eventually he found a job on his own (where he did not need to speak Dutch). And he got out of the suffocating program.

Why is this story important?

Because there is one very important aspect where we have to look at.

Like every company this agency if getting paid. And they get paid per month, remember?

So what makes them the most money? Getting someone employed the first week, or keep the whole show going on as long as possible?

They get paid most when they keep people unemployed.

In the Netherlands, and entire industry has evolved around this concept. It is worth Billions (with a B).

If you start following the money you will see that there are a lot of incentives that are actually 100% contradictory to the result they are intended for.

The prison system needs criminals. The refugee industry needs refugees (and keeping them in the illegal phase for as long as possible). The foreign aid industry needs poor people (and prevent them from getting rich). The intelligence agency needs foreign enemies AND needs you to be scared off them.

“But Julius, these services for-fill a vital role in society!”

True, but let me give you some examples how perverse incentives are used against our well-being. It might change that perspective.

The problem is that both the child protection services AND the foster parents get a LOT of money for this process.

You see where this is going right?

There will be more and more children in need. The definition simply changes.

In the US there are examples of children being taken away because parents let them playing in the front yard, because they refuse to give up their children for a vaccination they don’t support and for all sorts of other reasons.

There are judges who take children in the system and appoint their family members as foster care parents which supplies them with a very serious amount of income.

And in the Netherlands I read a very innocent article stating that Child Protective Services would not just monitor problem families, but also start monitoring families that are “poor” (subjective terms like “poor” or “fair” are probably the best indicators of arbitrary things going on).

It also casually mentioned that children in foster care are 2.5 times more likely to get abused…

2. in 2014 The World Health organisation scared the whole world with the Ebola outbreak. There was the ever present hockey stick stating that the sickness would grow exponentially. And spread like wildfire around the world.

But it was not the first Ebola outbreak. And I once read a rapport of a specialist who had researched a previous outbreak.

He stated that a large outbreak of Ebola would be unlikely. Two characteristics make the chance of infection of other people unlikely. It is very clear that people are sick (so they are avoided) and victims often die very fast (limited time to transferring the disease).

This, contrary to the flue.

Because of this knowledge, I looked at this hype differently. Especially at a news statement of the WHO discussing the reasons why Ebola spread.

The first was a spending cut to the WHO, and the second was lack of WHO resources for research.

In the end the hockey stick did not happen. According to the same WTO, around 10.000 people died.

This is of course a tragedy.

But one of the countries affected is Liberia. Per 2012 statistics the Under-5 mortality rate is about 10.000 children a year that die of more common diseases.

And worldwide, about 800 thousand children die from diarrhoea every year.

And let us not forget the over 2500 left handed people that are killed EVERY YEAR from using products made for right handed people.

But hey, nothing improves the budget than a great public panic.

Does The Government Waste Money? Conclusion

I could go on for hours. I want you to look with this knowledge to all the stuff you see going on around you.

Always look at the incentive and who makes the money of anything governmental organizations try to scare you into believing.

…And then look at the actual data.

You will be a sceptic very soon…

At the same time, don’t close your eyes. There are a lot of problems in this world that you can help solving.

Have a good day.