Who Is Speaking The Truth?

Who Is Speaking The Truth? 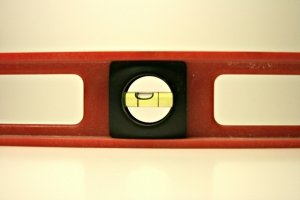 I was talking to a client last week from Argentina.

In a nutshell: he wants out.

Taxes and regulations are insane.

Decades of Socialism have made it very difficult to do business.

He even has to bribe local government employees to prevent them coming in and “finding something.”

Like so many Argentinians, he already has a second home in Miami.
He has been living as a temporary resident and is being left alone.

…I read a newsletter written by Doug Casey. He is THE international man.

He has been telling people to get out of the US and the rest of West because they are going downhill.

Given that he lived in Rodesia (Rode-what?) he knows how a country collapses.
He is seeing the same build up in the West.

This particular individual has been involved in a project in a remote area where people can escape the out of control governments of the Western world.

This project is, you guessed it, in Argentina.

According to him, it is a great place where you have a lot of open space and a high quality of life.
And a government that generally leaves you alone.

WHY do these two individuals have such opposing views?

I can think of a few reasons:

People have perceptions of countries that are colored by their experiences. Often they romanticize a new place.

These ideas are not always realistic.

Like Westerners fearing “Islamic terrorism” (you have a much bigger change of being killed by your bath-tub) and moving to a country in Central America where every day the first three pages of the newspaper are filled with people chopped to pieces with machetes.

If you have been born in a country and lived there your entire life, you’re really a national.
Everybody expect that you “play your part.”

This includes defending the country against outsiders and paying huge amounts of taxes.

Your present in all databases. The government can keep track of you easily.
And the government, they see you as a milking cow.

Just how different is this for internationally operating people like us?

You often benefit from specials arrangement. Governments try to attract you as an asset to the country.

In some places in Asia, you will always be viewed as a foreigner. And therefore you’ll be generally left alone.

It makes commercial sense to sell based on fear. Especially in the financial area. Every investor fears losing money.

In the book “The Ultimate Sales Letter” by Dan Kennedy I spotted an example newsletter from the same Doug Casey with his 1987 prediction: “We are already in the beginning phase of the next great depression.” There were some other fear-mongering stories…

…And they were followed by a decade of economic prosperity.

So yeah, sales is probably a big part of it…

“But Julius, you have made similar critical statements of the state of the economy and the Western world. Do you just want to scare me, you freckled loser?”

No I don’t. And I truly believe there are some serious black swans heading our way.

I think people need to prepare by becoming independent and internationalized.
How urgent this is, I leave up to you.

Because as you can see:

Everybody has their own opinion anyway…

Liberia Is MY Dream Home