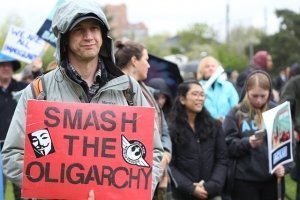 One thing that happens a lot is the following:

During a call I tell someone what to do to not pay taxes. They immediately start looking for ways to do the opposite.

You want an example?

I tell someone that in their case they need to immigrate in order to stop paying taxes in their home country.  The next 30 minutes they are exploring all the options how to NOT actually immigrate. The minimum months they have to be there. If they can just keep their house back home. What kind of documents they need to proof what they didn’t do.

I tell people not to work locally on a tourist visas, because it is simply not allowed. They come up with “proof” that what they do is not work.

I tell someone to not spend time in their home country and cut all economic ties because it can result in being considered tax resident. They then proceed with working in this country and investing in a new startup. And then explaining me all the reasons why it is okay.

I list a few countries with low taxes, and they start looking for solution for countries where taxes are high.

I do not know where this comes from. This desire to bend the rules. This refusal to accept reality. Maybe it’s a charter trait of entrepreneurs.

It is as if people have some psychological need to either confront the government (trying to outsmart Big Brother). Or it is just difficult to separate from which is destructive, such as a woman who keeps returning to an abusive husband.

Perhaps it is just the first step in the journey of the rebel. To attack what they don’t like. Maybe I’ve been there. Maybe I still am.

The next step, however, is to realize that it is best not to play by the rules, nor trying to break them.

You can arrange your affairs in a way that you do not bother anyone, and no-one bothers you.

It’s out there. Available for anybody right now.

I cannot think about a good way to explain how I see this.

So I will go with a poor analogy:

There are two pastures in two valleys. The first one has ferocious wolves, the other ones has a few harmless foxes.

It’s like a sheep asking me how to safely live among the wolves. If there are tactics they can use to protect themselves. What time of the day they should go out to avoid hunting. What other sheep are doing, etc.

All the while, they could have gone to the next valley were there are no wolves, where they can graze as much as they want, and where nobody cares what they do.

It amazes me sometimes…

Anyways, this is just something I realized.

Do you wish to learn what it means to be really free?