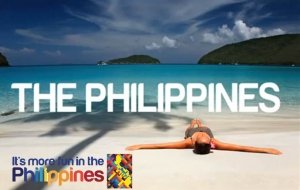 When I am writing this I am sitting in an internet cafe. Behind me there is a tourist girl comparing her love life to the 50 shades.

Outside on the terrace there is a family completely dressed up after church. They all look pretty.

Last week I sat down with a Filipino lawyer.

As you would expect, the story went to taxes…

Tax Free in the Philippines. An Illusion?

The Philippines has territorial taxation. In this case it means that non-resident and resident foreign aliens are only taxed on income generated locally. Citizens are taxed on worldwide income.

I have my own business in the UAE. When this pays out a dividend, the first idea would be that this is foreign income. But as I explained in Where To Pay Taxes, you also have to look at the facts.

Because when I run the business from here, it could be argued that the company has a permanent establishment here. And someone could argue that my income is (partially) generated locally.

2019 edit: to elaborate further, permanent establishments generally aren’t created within six months according to OECD guidance. Mobile Digital Nomads should not have to worry about PE issues.

The lawyer said something along these lines:

“I understand what you are saying, and we do have those laws in place. The laws here are actually quite advanced. But there are no people that understand this and would bother to engage in these discussions with foreigners. There is no mechanism in place. I know of not a single foreigner who had such a discussion about his permanent establishment.”

Did you know? In the Philippines most people pay as little taxes as they feel they can get away with. The people are aware that the money confiscated by governments is not well spend (something people in the West are catching up to).

“I don’t get scrutinized a lot.
The people at the tax office do not like to deal with lawyers.”

Those coming from the West know that every tax buck owed is squeezed out of you. One error in your tax return can have serious consequences.

But in a lot of places the government does not have to ability to enforce tax laws to the dot. Or they simply have no interest in doing so as long as you spend your money locally and behave yourself.

Most developing countries have a very pragmatic approach: we tax what happens within our borders, and not what happens outside.

But Julius, What Are You Saying?

All I am trying to say is that as long you have foreign sourced income you can live tax free in the Philippines (and many other countries).

And if it makes you feel better, you STILL contribute to the “common good” because you pay VAT, visa fees, tourist tax, and the salary of the local doorman.

Julius
Tax Free and Minding His Own Business

Do you wish to understand exactly how this all works and how you can live tax-free?