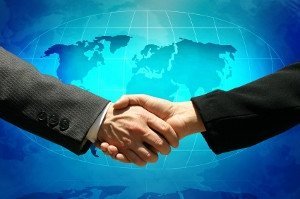 I have an absolutely valuable lesson about signing contracts abroad for you that WILL save you a LOT of trouble in the future.

But here are TWO examples that happened to me in one week.

I will explain to you why it is important to know what you are doing when signing a contract and then I will give you 7 tips for signing contracts abroad.

…So I rented an apartment in Chiang Mai…

It is a very nice place. It has quick internet. A working desk with a leather stool. There is rooftop pool overlooking the city and the mountains.

I negotiated a three months contract. I sit down with the desk clerk. He gives me the contract. And I read the entire thing.

The apartment is owned and managed by someone.

My guess is that it is owned by a legal entity. And a legal entity does not have a mind of its own. It needs people to run it. These people, have a certain role in the company. Usually, the director manages the company. Now, the only one able to sign a contract on behalf of a company is the director. UNLESS he has given a specific power of attorney to someone else.

Now in this case, the desk clerk signed. He for sure is not the director of the company (if it is even a company this contract has to represent) and I doubt he has a power of attorney.

A few days later I rented a motorbike. I rented a Honda Click. It is a nice bike. According to one of my subscribers who recommended it, it looks “ACE”.

So what do you think was in this contract?

Well, the contract was with some trade name and it was signed by a mechanic who just wrote down the name of the place.

The manager was a farang so I asked him if he understood that I should sign the contract with an actual legal person.
“No worries” he said, “there is a company behind all this” and he showed a certificate of incorporation.

But why don’t I sign an agreement with this company instead of with some guy who writes down the name of the store?

Why Is This Important?

I hope you understand what I am saying. A lot of the contracts drafted are not between the intended parties.

In these cases I just went with the flow because realistically the liabilities are small.

But just imagine you buy a new condo and after a few instalments the construction stops?

But I hear you saying: “Julius. what do you suggest, that I don’t sign any contracts”

Not really. First of all, you will not get far if you are unwilling to sign specific contracts. I discussed this with both parties and got mostly a blank stare.

Secondly, regardless of being able to enforce a contract in court (most disputes will NEVER go to court), it is always a good thing when two parties sit together and at least write down what is agreed upon. This will already prevent most disputes.

But just realize when you sign a contract that is useless and what the risks are from your side.

Also, note that in these kind of contracts it is ALWAYS clear who you are. You sign with your name and passport number. But getting sorted who is liable from the other side when things turn ugly is difficult. A Thai desk clerk (they after all sign it) will not be able to pay you anything.

And this WILL happen to you. You will be very surprised with the stuff that people come up with.

I just read an article of an American lawyer stating that 50% of contracts have mistakes in the way the contracting parties are defined.

And that is in a country that has the most lawyers per capita!

Let me give you 7 tips to deal with signing contracts, based on the most common mistakes I encountered with contracts over the years.

A lot of contracts contain terrible errors. The risk for errors increases substantially when you go abroad and deal with cross cultural agreements, foreign law systems and poorly translated contracts.

It is important that you understand the most common pitfalls. Remembering the 7 tips for signing contracts abroad will help you with that.

The risk of getting into legal disputes is generally low, but you have to understand what you are getting into when signing any contract.

And make sure to read the damn thing, ok?!

Now, it will be interesting to see what would happen if you have to go to court in a South East Asian country. I assume that it will often end like it always ends: the white man pays.

Julius
On behalf of the THE EUROPEAN UNIOLALALALAAAaa