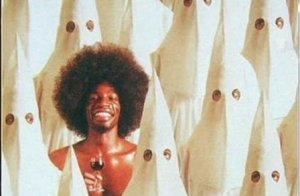 “Wow, what an entitled, racist, and pathetic human being you are.”

This is what someone wrote on Reddit as a response to a blog-post I wrote about my life as a digital nomad in Chiang Mai.

I am not sure why I am all of that.

I would bet serious money that if they lined up all the Thai people I met the last year and asked them about their opinion of me not one would consider the word lacist. (Most would likely call me friendly and more culturally neutral than 99% of the other tourists).

But yeah, reality is overrated anyway…

Firstly, the oversensitive losers are all over it telling me how bad / wrong I am based on the “safe space” nonsense they have been brainwashed with during two decades of public education. (I don’t even bother to look at it anymore).

The second thing is that the real business owners send me private messages for suggestions on how to structure their businesses.
(often thanking me for all the free content that I have put out there and on my blog).

You see the difference?

The other day someone told me that everything is easy for me because as a white male “I am holding the whip“.

I wish someone had told me this 6 years ago.

All the time I was under the impression that to get ahead in life I had to work hard (often 6/7 days a week) to acquire knowledge and skills that would allow me to help people get what they need in return for some of their hard earned cash so that I could one day live my dream of traveling the world while working remotely.

I could just have bought some slaves in Mississippi and whip them into giving tax advice.

There is a more serious point that I am trying to make.

It is a fact that if you put something out there nowadays that doesn’t fit the Cultural Marxist narrative and the wrong crowd picks it up, you get digitally crucified.

These people are haunting the internet non-stop, looking for an opinion they can feel offended by.

Arguments are often nowhere to be found. Just anger, name-calling and blaming.

Look, I laugh at these clowns…

But I can imagine that there are a lot of people in other positions (like Universities) who’s output is severely restricted by this narrow minded intellectual cancer that is spreading in the Western World
(=basing arguments on “fluffy ideas that sound good” instead of facts).

And that is a BIG loss for a free society.

Luckily, I do see that the general population is catching up to it.

What, racism? Sure… Whatever…

And that’s what I would advice you to do as well.

Ignore these people as much as possible and go on with producing goods and services for your fellow man. Make the world a better place by helping people with your efforts.

And don’t take everything so seriously… (especially, not me)

Now if you’ll excuse me, I have some minorities to oppress…

p.s. I never had so many unsubscribers as when I called the day the UK voted for Brexit a glorious day. Good riddance.

How will this go?

You can Unsubscribe below if you are offended, my next post(s) will only be for serious business people anyway…