MGTOW – Why Men Give Up… 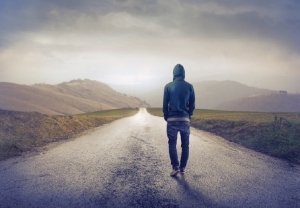 During my first journey around the world -when I was still young and innocent- I visited the North East of Brazil.

Fortaleza, to be precise.

The place looks like a dump, but when you know where to go, it is a GREAT place for night life. Especially in the Brazilian “winter” when Brazilians search sunshine there.

A singly guy can have a good time there, just saying…

Fortaleza is also is a hub for backpackers on their way to beach town Jericoacoara.

My little guest house was filled with them.

Amongst them, where a lot of American girls. These particular specimens were all a little overweight and a little bit to loud.

They would sometimes make a move.

“Yeah, yeah, well not sure either. Bye!”

Another girl was a bit more direct:

“No, I usually go out alone to a place I can dance Forro”

One day a group of young Dutch guys arrived and together with the American girls they played drinking games. I sat down for a bit. When the women started shouting like construction workers, I left.

Later that night, I was in this particular club called Armazem. A big place with multiple areas. It has one area with the local popular music called Forro.

I had been dancing Forro for weeks and I absolutely nailed it. I even became known as “Forrozinho” those days…

But back to the Caipirinha filled Wednesday night…

…I see the whole gang arrive.

I remember clearly they were all looking at me dancing with some locals. Like it was… strange.

I observed them from a distance. It started out good. I saw the guys making their moves.

But not much later their whole night starts to fall apart. Two girls were being really obnoxious. Then they started to cry. The guys were trying to comfort them. Not knowing what to do. Everybody looked helpless, miserable and confused.

And I remember wondering: why would you put up with this?

Why does a group of young good looking guys completely ignore a club filled with friendly and sensual Brazilian women.

Why didn’t they at least take a LOOK around them.

Why would you be restricted by some sort of invisible sphere that is keeping you bound to a bunch of toxic individuals because they happen to be in the same hostel and have the “same” cultural background?

MGTOW – Why Men Give Up

Well, I remembered this story when I came across a new (for me) men movement on the internet.

MGTOW = Men Going Their Own Way.

What is the MGTOW movement?

MGTOW describes men who had enough of contemporary Western society. They think that society suffers from a collectivist culture where the rights of men are restricted by a suffocating blanket of “political correctness”.

These men think that feminism has destroyed the relationship between them and women. They say that women have been implanted with ideas impossible to understand and live up to by men.

As an example the concept of marriage is discussed.

It comes down to the fact that a men is supposed to work his entire life to provide for his family. But when the woman decides she has had enough, she can simply leave him. But he will still be forced to pay for her support, he will not get to see his kids (they can be taken away from him after one wrong move) and he will generally find that the whole justice system is against him.

There is a good change a marriage will end up ruining a man’s life emotionally AND financially. Why would you want that?

They also bring up the fact that men statistically are much more at risk of rape, incarceration and violence than women and the complete take over of universities by “minority” defending social warriors without logic and facts.

These MGTOW guys are simply raising their middle finger to society, marriage and women and say “we don’t need this shit”.

They pursue a life of athletics, playing video games or just doing stuff they like instead of dealing with women.

And this seems to be a reasonable sized (and growing) movement.

There are a lot of articles and Youtube videos about it, by people that can explain these ideas better than I can.

It does not matter what you think about it. Interesting points are being made.

MGTOW – How do I think about it?

First of all, I am of the opinion that Western society is eroded by collectivism. A lot of these ideas are shared in the MGTOW movement. I will explain that to you some other day.

But in terms of women, relationships and the MGTOW movement -especially the men that seem frustrated- I have a bit of the same feeling like I had when I looked at the group of backpackers in Brazil.

Why is it an issue?

It is a big world out there.

And society’s restrictions fade very quickly when you live an international lifestyle.

I can tell you that there is no shortage of traditional women in this world.

My friend once surprised a Colombian girl when he took his plate to the kitchen. When he saw her surprised look he offered to do the dishes. He completely blew his chances. A man is not supposed to do that.

Almost everywhere in the world men-women relationships are very traditional. In some places much more than most Western men probably would be comfortable with…

Are you looking for a smart, rational & ambitious women? There are definitely a lot of them out there as well (just not in your local humanitarian studies society).

Do you fear losing your assets to your wife when you marry? Set up a trust or a foundation or hold assets or build a life in a country where similar laws don’t apply. If your marriage blows up you can just go your own way without being subjected to a toxic legal system.

Let’s take me as an example.

I have never been a good match with Dutch women. It is not that I don’t like them. I think they are great, and often attractive. But I see them as friends, not as lovers. I don’t feel like being with a woman. I am immune to their flirting.

And I did not like what society planned for me in the Netherlands.

I went my own (international) way and things only got better.

I have had the pleasure of meeting some really nice women all over the world the last decade.

And I really do not worry about being able to find the right WOMAN when I am ready to start a family. Under the conditions that I think are fair.

Go your own way.

The rebel is just the other side of the same coin…

If you’re done with complaining that the world is mean, and wish to liberate yourself from a society infected with cultural Marxism, click here…