7 Things To Understand About Offshore Agents

7 Things To Understand About Offshore Agents 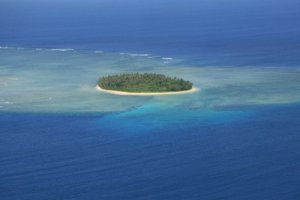 I recently started working for a Cyprus based offshore agent.

I am helping them with marketing offshore companies online. And when I did my research, I spotted something.

In Google Advertising I saw who ranked at the nr. 1 position. One of our competitors.

People who read last weeks article understand that this is a very bold claim, especially in Europe.

But I guess this is what people are interested in because that is what they click at?

Anyway, it got me thinking.

It might be interesting for people to know how offshore company agents work? I have worked for two now, and with a dozens of others.

So here it goes:

1. They Consider Themselves “Registrars”

Offshore agents consider themselves most of all registrars. This is a subtle, but important thing to understand, going forward.

The original task of company registries was just this: register companies.

In some cases, the national registrar could not (or didn’t want to) deal with end consumers and collect all required paperwork. They took on registered agents. These agents then deal with clients and provide the registered office and point of contact.

This simple distribution of labour has somewhat changed because of the current regulatory environment that forces people to police each other.

But the basic idea has not changed for a lot of agents. They register companies. And often don’t feel responsible for what happens afterwards. Even when they provide extensive services like management and bookkeeping.

A complicated structure that you paid a lot of money for and does not pass scrutiny is in a basic sense: “your problem.”

If a bank doesn’t accept you after they have submitted all the paperwork: “your problem.”

It’s a bit like renting a bicycle. The owner is also not responsible if you run it over a nest of puppies.

And this is not extremely strange.

Firstly, they don’t have much influence on what third parties or governments do.

Secondly, clients often say one thing and do another. Sometimes this is just the logical process of life/business. In some cases it’s a matter of privacy. And a small number of people are simply dishonest (they do exist).

For example, an agent could draw up an entire structure, analyse all tax treaties, structure the company perfectly and explain in 30 minutes what he needs for substance in the relevant jurisdiction bla bla bla and ONLY THEN a gift distribution from the top layer of the structure is tax free, yadaa yadaa yadaa.

And all the client hears is “tax free” and proceeds to use the company as an ATM.

But it can be sometimes frustrating for clients. Especially when something an agent advised doesn’t work.

And this becomes more apparent when we look at our next point:

2. Some just tell you what you want to hear

Everybody in sales knows that it is much easier to sell you something that you have in your head. Even if there are better solutions out there.

And if you’re looking at ways to minimize your tax burden by setting up a “confidential structure”, there are tons of agents out there that will facilitate you. Even when the current regulatory environment might make the solution not possible.

Remember, in the end they don’t feel responsible.

So the client will ask: “is this company confidential?”

“Yes, your name doesn’t appear in the public register,” an agent might reply.

And this is not always on purpose…

3. Not always the brightest people

Registering companies is boring work. You’re collecting documents. Have them signed. Have everything re-signed when a stamp is missing. Bleh!

It is not always easy to find good people for this.

A lot of the people working in this industry are very good at following procedures. But they don’t see big pictures.

This goes for both the registered agents and especially people working at the registrar.

The result is that an agent can tell you there are no taxes because he never had to deal with taxes. He might simply not have a clue.

A worse scenario would be that he might have an idea that what you’re trying to do doesn’t work. But he sells you the company anyway because he has to report results. And he needs to achieve his goals and become a “manager” to give his family in his home country a much better case on the arranged marriage market.

In addition, like everywhere there is a turnover in staff with these agents. And often knowledge and experience walks right out of the door.

Knowledge about the industry in general, but also about what needs to be done for your particular business.

There are a lot of agents. They are all fighting for a piece of the same pie. Competition is thick and margins are thin. The only way to make a profit, is by dealing in numbers.

When you go to an agent, you are a number. No matter how important your business is to you.

They are always juggling their time between sometimes 100s of people like you in their ticketing system.

This is not a bad intention or malpractice. This is just reality.

My old boss always complained about the fact that I talked to long to clients during meetings. Time time time. I didn’t care. I like talking to people.

With this in mind remember to build a good relationship with these people from your end. It will help.

Of course, there are a lot of agents that build extensive relationship. But this usually happens when you get into the higher paid or managed structures. And not with a simple offshore company.

5. They are not always registered agents.

We already made the distinction between registrars (government authorities) and registered agents. But these are not the only ones promoting offshore companies.

There are often agents who promote a particular structure. But they are NOT actual registered agents (although they sometimes pretend to be, this is called “White Labelling.”).

Being a good registered agent means that you understand the procedures and have a good relationship with the registrar. When I was in Dubai the girls working at the registrar always started to smile when I called. We often visited. We met the managers and the Sheik. We became advisers and helped with re-drafting the regulations.

This cannot be done in every country the world.

Whenever you see a company offering offshore structures in ALL jurisdictions in the world it doesn’t mean they have an office everywhere. They might have offices in some places. But most likely White Labelling deals with agents around the world.

This doesn’t have to be a bad thing.

They probably over time have established relationships with registered agents that provide the best work.

They probably also have a very broad view of what will work for your situation and are not trying to force their one solution down your throat.

And you don’t necessarily pay more because the most common deal by FAR is that the registered agent pays you a percentage of the EXISTING price. Meaning you don’t pay more.

On the flip-side, they might not have the knowledge a local agent has in case you have very specific questions. Or it takes a while to figure out. And I have seen agents promote a similar structure for double the price that we as actual registered agent were asking.

6. It is not getting any easier, you know.

Yesterday, I was thinking about how absurd this industry is getting. With all the technological developments almost everything is becoming easier.

However, it is becoming increasingly difficult to structure an international business.

A friend of mine told me that a few decades ago he walked into a bank and asked for a new bank account. The people there knew him and his business. They went through the files and wrote a new account number on a post-it and that was it.

Fast forward to a few years ago he got kicked out of the same (private) bank after being labelled a “risk.”

Take for example HK companies. It has been becoming very difficult to open a bank account there.

What are the local agents to do? They first tell you that is difficult, but in the end they have bills to pay. They might give it a try to see how it goes?

Or they just register the company and let you open the bank account yourself?

In any case, it is not getting any easier for them (and you)…

I might have painted a slightly negative picture here?

But know that there are a lot of good agents out there.

And all agents I’ve worked with are VERY concerned with their clients demands and well being. The client is king.

In a majority of cases what obviously doesn’t work is not sold because it is in no-one’s best interest to waste time and resources.

And don’t forget, there are 1000s of companies setup every day without a problem.

I just wanted to show you the “other side” and hope it has given you some insight on how to deal with this.

And the main point I’m trying to make is that you stay informed as much as possible before you buy something.

And keep up-to-date on your structure and business dealings because in the end, you are responsible for it.

Julius
Not So White-Labelled